You are here: Company - The Polyurethane

Expanded Rigid Polyurethane: Is our core business
Polyurethanes belong to the family of plastic material from which the polymeric chain is made of essentially urethane ties (-NH-(CO)-O-). Polyurethane (PUR) is derived from an exothermic chemical reaction of a Polyisocyanate with a Polyol. The chemical reaction is complete and does not produce any sub-products.
The following is an example of a typical tie that is formed:

Various additives from which: catalysts, blowing agents, flame retardants, and silicones etc..are used to formulate and determine the type of reaction and property of the final material obtained. Modifying the type and concentration of these components, it is possible to obtain a vast range of polyurethanes very different from one another in their chemical, physical and fire resistance performance characteristics. STIFERITE’S Padova plant constists of three continuous production lines, capable of producing over 10 million square meters of various types of thermal insulation panels.

Since 2005 the entire line of Stiferite’s panels are made of PIR Polyiso foam with improved mechanical and fire resistance performance.

Stiferite’s panels are always made with facers that are specific to the required application.

Thermal Insulation
It is essential in all application, materials’ performance must be guaranteed in real working conditions, taking in consideration temperature and relative humidity. Long term insulation efficiency and stability must also be guaranteed.

Thermal Conductivity
Thermal Conductivity (λ) is the amount of heat that crosses a material’s surface of one square meter and one meter thick in one hour, and when the difference in temperature between the two surfaces is one degree Kelvin.
Therefore, the smaller the value λ, the more is the insulating power of the material.
Materials with a CE marking show the λD value on their label that corrisponds to the average value for 25 years of operation and found in 90% of production with 90% of statistical confidence. Determined at test temperature of 10° C.

Water absorption for long term total immersion
Unit of measure WL(T)
Water is an excellent thermal conductor therefore, it is very important that insulating materials do not absorb it. Due to their closed cell structure, STIFERITE’S foams assure a low level of water absorption and do not absorb moisture from the air. A modest amount of absorption may occur only on the borders of the panels where they have been cut to size or on the facers depending on their vapor and waterproofing characteristics.
The water absorption characteristics of Stiferite’s products are evaluated based on the severe conditions set by the European norm EN 12087, which states that measurements are to be taking after total immersion of the product for a period of 28 days.

Water absorption for short term and partial immersion
Unit of measure WS(P)
The majority of insulation materials and especially those made of fibers, evaluate the absorption of water on partial immersion and for a period of 24 hours, based on the European norm EN 1609. Using these test conditions, the amount of water absorption by Stiferite’s foams result to be irrelevant: while for panels with paper or cardboard facers show a modest amount.

Permeable and Impermeable to vapor
Unit of measure Z or MU
Polyurethane foam without facers is permeable to vapor (resistance to passage of vapor, µ ≤ 10). Thanks to a long list and type of available facers, Stiferite is able to offer vapor permeable and impermeable solutions based on specific applications and requirements. In some applications the need for permeability is needed to allow a constant flow of vapor from inside to outside, however, in other cases where the relative humidity and the temperature difference between two environments is very high, the need for a vapor barrier and/or insulating material of low permeability may be necessary on the warmer side of  the structure.
Because STIFERITE’s products are made of various materials, the resistance to vapor value Z along with the parameter of the resistance factor µ is reported on their label.

Dimensional Stability
Unit of measure DS(TH)
The dimensional stability of the insulating material is an important consideration in many applications, but particularly essential in roofs, under waterproofing mantles in-view, and in ETICSystems where STIFERITE’s panels are mostly used and preferred. It may be defined as the material’s ability to maintain in time and during its working conditions, its original dimensions and shape. It is determined by measuring the dimensional variations (linear and thickness) after undergoing a test for a predetermined amout of time,  specific temperatures, and relative humidity (EN 1604). In each product norm, temperature conditions (T) and relative humidity (H) are considered to be critical for that specific material. Therefore, when comparing between different materials, it is important to verify that the test conditions contemplated are similar. The performance of each STIFERITE’s panel various based on the type of facer and thickness (see technical data sheets). In general, panels made of inorganic facers (fibre glass, aluminium, etc..) have better dimensional stability then those made with paper or cardboard, this is because inorganic facers are not susceptible to variations of relative humidity.

Resistance to temperatures STIFERITE’S foams unlike other plastic insulators are used in a wide range of temperatures from -40 to +120Â° C and are particularlty ideal in applications where the thermal changes are high, for example, in roofs under prefabricated waterproofing membranes in-view or in applications of
ETICSystems. They may also withstand temperatures up to +200° C for short periods without reduction of performance. Roof panels are compatible with hot-torch soldering of waterproofing membranes and with hot glue adhesiveness.

Reaction to fire Euroclass Evaluation of fire reaction rating for insulation material requiring CE marking is made in accordante to Euroclass system (EN 13501) based on various harmonized tests (EN 11925-2, EN 13823)
The system divides insulation products in 7 classes (A1, A2, B-F):            • A1 and A2: products of inorganic nature (incombustiable)            • B, C, D, E: organic combustiable material of different fire reaction rating
• F: combustiable material for which the reaction to fire is not determined For the Classes A2-D the quantity of smoke produced is evaluated, while for Classes A2-E the droplets (dripping) of burning particles is also considered.  Euroclass fire reacting ratings of expanded rigid poliurethane products varie based on the type of foam and the nature of the facers used, from class F (panels with paper facers or bitumenous) to E or D. Higher classes up to B, may be obtained with particular foams and facers made of metal or inorganic material, like for exampe: the RP serie and FIRE B panels from STIFERITE.  The harmonized norms allow evaluation of the fire rating based on real life or end use condition of the insulation product. Tests made in end use conditions of STIFERITE’S panels, confirm the best results (B s2 d0 and B s1 d0) obtainable for organic materials.

Compressive Strength
Code Designation CS(10/Y)  The compressive resistance (or strength) of an insulation material is the amount of force it is able to withstand when subjected to an applied pressure with a fixed velocity in direction perpendicular to the face of the product under test. The reference norm is the EN 826 and the compressive resistance values are measured in kPa. The CE marking requires that the pressure value is determined at the point when the product has been crushed by 10%. The pressure value performance of STIFERITE’S panels varies based on the type of facer and the panel’s thickness. (see Technical Data Sheets)
The range of values for standard panels is between a minimum of 100 kPa and maximum 200 kPa.

Resistance to Constant Load Code Designation CL(i1/i2/Y)ÏƒC The compressive strength determined at the point when the product is crushed by 10% is indicative of the material’s ability to withstand a load for an instant. To determine the behaviour of the material under constant load, static or dynamic, the method used is described by the norm EN 1606, which states that the maximum applicable load value for 10, 25 or 50 years of operation is made at a maximum deformation of the product of 2%. The support performance offered by STIFERITE’s complete line of insulation products is ideal for flooring applications or roofs subject to static and dynamic very gravel loads, for example: flooring of walk-in refrigeration/freezers cells and carriageable roofs.
The type and amount of load will determine the correct floor thickness and/or reinforcement. Recent tests conducted at the University Studies of Padova, Civil Engineering Department have shown how ideal STIFERITE’S panels are when used in large facilities, interstory flooring, against the ground and driveways.

Acoustic performances of building structures
The spreading of noise depends on numerous variables which makes the phenomenon particularly complex. In buldings the need for noise reduction is essential and depends more on the composition of entire structures and its’ perfect installation, then that of each single component used.
STIFERITE’s panels are lite and therefore do not significantly contribute to the mass of the structure, which for monolithic structures, IS the main parameter of acoustic insulation. Despite that, recent research and laboratory analysis conducted to average lite building structures, have shown how STIFERITE’s thermal insulation has also contributed in protection from the noise. The campaign of laboratory tests conducted in 2009 has evaluated the acoustic performances of different masonry walls and lite roof structures made of wood; the performance data has been collected and reported in a specific Technical Notebook “Acoustic Insulation – a new point of view”.  All of the tests have been made following the most recent Guidelines and updates of which:
- the aging of the sample before the test, for the purpose of eliminating the humid part of the mass that would offer temporary contribution to the acoustic performance.  - evaluation of roofs where samples are positioned horizontally in sample holders are, rather than vertically, like its usually done.  The laboratory verifications have confirmed that, due to force of the weight, the data obtained in vertical structures are better by 4 to 7dB versus those obtained in horizontal cells. It is important therefore, to pay close attention to the test conditions used when comparing laboratory evaluation certificates. 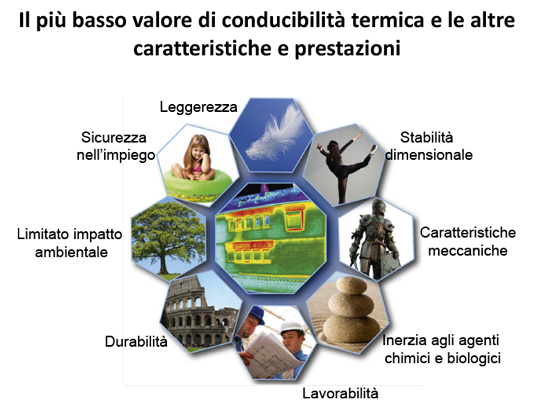 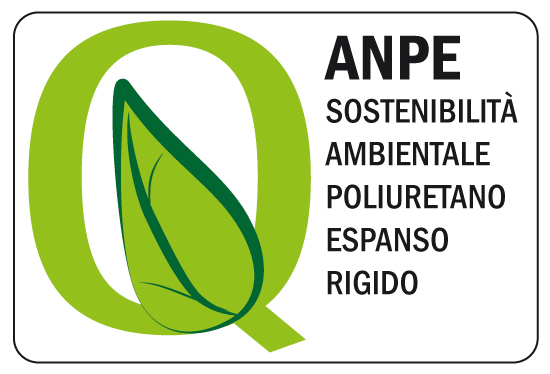